The Police, Data Extractions Devices, and Our Shrinking Privacy Rights 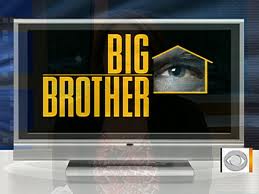 
This has not been a good week for lovers of freedom and the right to privacy!  First of all, we learned from various news reports that Apple's iPhone gathers easily accessed data about everywhere the phone user has been.  I reported on this news story yesterday in my divorce law blog.  (http://www.divorcelawyerinaugustageorgia.blogspot.com/)  There, I focused on the point that divorce lawyers may start seeking iPhone records in order to prove adultery in divorce cases.  I also pointed out the potential for abuse of this new technology by over-zealous police officers in criminal investigations.


Then, yesterday, we learned from various news reports, that the Michigan State Police have obtained  another new device, called data extraction devices, ("DEDs"), which could also lead to some dangerous possibilities, in the eyes of freedom lovers everywhere.  DEDs, as shown above, are portable devices which are designed to download personal information from cell phones.  Apparently, DEDs will bypass any security feature on your cell phone and gather all the data on it.  According to news reports, the Michigan ACLU has written the director of the Michigan State Police to see whether or not police there have been snooping and surreptitiously gathering text messages, telephone numbers, photos, and even GPS information from citizens' cell phones during routine traffic stops.  If so, in my opinion, this would clearly violate the citizens' right to privacy and Fourth Amendment rights.  The police agency has reportedly denied that any unauthorized snooping has occurred.  But one can only wonder, then, why have the Michigan police obtained the DEDs in the first place?
So, don't you see, this has not been a good week for lovers of freedom and the right to privacy!  What is your opinion about these news stories?
Posted by Richard at 1:39 PM