Motion for a Change of Venue in Criminal Cases 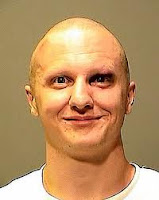 This past week, various news reports have indicated that, at least for now, prosecutors and defense lawyers in the federal case of accused murderer Jared Lee Loughner have agreed that his case may remain in Tucson, Arizona, where the highly publicized attempted murder of Representative Gabrielle Giffords, along with the tragic murders of others, including a federal judge and a precious little girl, recently occurred.  Venue had originally been moved to Phoenix, but apparently both parties agreed to the transfer back to Tucson, at least for now, in order to accomodate the attorneys and witnesses during pretrial proceedings.  As a former federal prosecutor, (and currently, as an Augusta, Georgia criminal defense attorney), I would be shocked if the trial of this case is not ultimately moved again to another city.  Don't you agree?
But the question remains:  When is it appropriate for a criminal defense attorney to file a motion for a change of venue?  Believe it or not, in Georgia, the standard is not simply whether or not there has been a lot of news media attention to a case.  Instead, a Georgia criminal defense lawyer must also show that, because of the pervasive publicity, it would be impossible to select an impartial jury composed of jurors who have not formed fixed opinions about the guilt or innocence of the accused.  Often, it has been my experience that a Georgia judge will not rule on a motion for a change of venue until voir dire occurs, i.e. during jury selection.  There, the jurors can be questioned at length by both sides, the prosecutor and the defense attorney, in order to make, or refute, a case that an impartial jury cannot be obtained and that the trial must be moved.
However, all that being said, I would imagine that we would all agree that, in a high profile criminal case, such as the media-saturated Tucson murder case, it should not be difficult for the criminal defense attorneys to obtain a change of venue!
Posted by Richard at 10:52 AM No comments:

Cyber Wars: The Next Battlefield?

As the above Time Magazine cover suggests, a future war may be fought in cyber space!  Indeed, some would suggest we may already be there.
This week, according to Fox News and other news sources, the F.B.I. has executed forty search warrants around the country which might be part of an ongoing investigation of a recent cyber attack, called "Operation Payback."  This cyber attack was reportedly conducted by members of a group called "Anonymous," and was allegedly in retaliation against companies such as PayPal, MasterCard, and Visa, after the companies had reportedly dropped support for WikiLeaks.  According to the news reports, the focus of the Cyber attack was to overload and shut down the computer systems of these companies.  Five arrests of  members reportedly associated with the cyber attack have already been made in England.  It will be interesting to see what happens next in this criminal investigation.
Can you imagine the potential damage that could be done in a widescale cyber attack?  Sometimes, the future of white collar crime, technology, and war don't look too bright, don't you agree?
Posted by Richard at 2:09 PM No comments:

Did you hear the news from New York today?  The F.B.I. and other federal officials have announced the arrests of 127 alleged mobsters on extortion, murder, and other federal organized crime charges.  This is reportedly the largest one-day crackdown on the mafia in U.S. history!  According to news sources, members from each of the five major New York mafia families were among those arrested.  They actually had to use a military base to house all the defendants!
In my largest case as a former federal prosecutor, we charged a total of 28 south Georgia defendants with vote-buying.  Trust me, that was plenty of defendants to have to deal with!  In that election fraud criminal case, we had to use a Dublin, Georgia National Gurard armory in order to house and process all the arrested defendants.
It will be interesting to see what happens next in the New York mobster case!
Posted by Richard at 12:22 PM No comments:

Last week, according to various news reports, a former Atlanta City Council member was sentenced to five years on probation following a guilty plea in which she reportedly did not contest evidence that she allegedly stole $30,000 in city funds.  One of the interesting aspects of this criminal case is that her criminal defense lawyer convinced the prosecutor and judge to allow his client to plead guilty pursuant to a Supreme Court decision called North Carolina v. Alford.  In other words, as we criminal attorneys call it, this was an "Alford plea."
You non-criminal lawyer folks out there might now be wondering -- exactly what is an Alford plea?  Here is an explanation!  An Alford plea means that the defendant is entering a guilty plea and will be sentenced as in any other criminal case in which there is a conviction, BUT the defendant who is entering the Alford plea may still maintain their innocence!  I realize that this sounds like a contradiction in that an innocent person is actually pleading guilty!  However, the Supreme Court has held that, if a defendant who is in such a position recognizes that the state has a solid case against them, and if that defendant fully waives his or her right to a trial, then it is their Constitutional right to plead guilty, (while still maintaining their innocence!)
I guess some of you might think that this is something which only lawyers could create!  But the point is, as this criminal case illustrates, in some cases, it is your right to plead guilty, even though you privately maintain your innocence!  In my experience as a former state and federal prosecutor, (and currently, as an Augusta, Georgia criminal defense attorney), I have seen Alford pleas most frequently in white collar criminal cases. There are pros and cons to Alford pleas.  And this idea is something which each defendant would want to discuss carefully with his or her criminal lawyer.
Why do you think Alford pleas might occur most frequently in white collar crime cases, such as in fraud or theft cases?
Posted by Richard at 7:31 AM No comments: 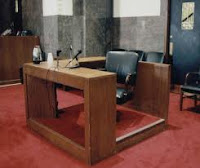 As a former state and federal prosecuting attorney, (and currently, as a criminal defense attorney), I have tried hundreds of jury trials and examined, or cross-examined, thousands of witnesses on the witness stand.  But if you asked me, of all my trials and witnesses, which witness was my favorite witness, it wouldn't take me two seconds to respond!
My favorite witness, bar none, was a very self-confident young woman who was an eyewitness to an aggravated assault case which I was prosecuting.  Identity was the primary issue at trial.  I needed a strong eyewitness to have any hope of victory.  And, as you will see, I certainly got one!
My eyewitness, Ms. Smith, took the stand, pointed the "guilty finger" at the defendant, and added the following:  "I'm sure he did it!  I love my kids, but I would stake their lives on my identification of that man!"
Boy, can you imagine how happy I was?!  I could have kissed her smack-dab on the lips after that testimony!  The jury promptly kissed off the defendant with a guilty verdict!
Posted by Richard at 10:42 AM No comments:

Have you heard the news?  Prominent criminal defense attorney F. Lee Bailey, who authored The Defense Never Rests, has published a new 20,000 word document which purportedly offers new evidence confirming the innocence of O.J. Simpson, for whom Bailey and several other prominent defense lawyers obtained the controversial murder case acquittal in 1995.
I doubt that Mr. Bailey's new "evidence" will change many people's minds.  Don't you agree?  But that is not the point of this post!  You see, my point is that Mr. Bailey was a hero, or role model, of sorts for me as I was growing up in Georgia.  As the son of a Baptist preacher, I didn't know any lawyers, but Bailey's courtroom exploits helped motivate me to want to become a trial lawyer, too!  I wanted to become the next F. Lee Bailey and handle the next Sam Sheppard or Boston Strangler case!  As a young man, I once wrote a letter to Mr. Bailey and thanked him for his influence, and I was tickled to get a kind letter in response.
Therefore, I don't care whether or not Mr. Bailey's newest "evidence" changes any minds about Simpson.  And I don't really care that Mr. Bailey has had a difficult time, recently, with the state bars of two states.  But I do care that, for me, F. Lee Bailey, (along with my father), was a good role model who helped inspire me to want to become a trial lawyer.  And I am also happy to see that, even today, "the defense never rests!"
Posted by Richard at 2:20 PM No comments:

Let's start the new year right with another post about some of our favorite movies about white collar crime!  Today, I want to nominate, as one of my "best pictures of the year," the 1993 Tom Cruise film, The Firm.  In this Sydney Pollack-directed movie, Cruise plays a young lawyer, Mitch McDeere, who must choose between cooperating with the feds and staying loyal to his Memphis law firm, which is under investigation for laundering money for the mob.  Hopefully, as a criminal defense attorney in Augusta, Georgia, I will never be faced with such a conflict!  I suspect that most of you have seen this movie, but, if you haven't, I believe it would make a good Netflix or cable t.v. selection on a dull Friday night!
I would also recommend the John Grisham book, on which the movie is based, to any lovers of the true crime genre out there, (even though this book is obviously fiction).  Of all the Grisham books which were turned into movies, The Firm is my favorite.
Did you like this movie?  What are your favorite movies about white collar crime?
Posted by Richard at 6:41 AM No comments: