A Goolsby "War Story:" The Most Interesting Kickbacks Ever!

Presently, I am a criminal defense lawyer in Augusta, Georgia. As a former federal prosecutor for over 20 years, I prosecuted all kinds of white collar crime cases, including every kind of fraud and public corruption one can imagine! One of the interesting aspects of many of the fraud cases which I prosecuted involved the types of kickbacks which were paid, either to crooked government officials, or to employees who failed to give their employers their "honest services."

The latter category gave me an idea for a series of blog posts. In short, on occasion, I want to give you some examples of the most interesting kickbacks I have seen, as a former Assistant U.S. Attorney. Here goes....

In one major mail fraud case I prosecuted, among other expensive kickback gifts, the owner of a construction company bought two new Corvettes, (of different colors, of course), and a new Dodge Viper, for the employee of another company who approved payment of his invoices!

Most folks would be content simply to have one sports car!  Don't you agree?
Posted by Richard at 6:36 AM 1 comment:

Internet Fraud and a Letter to Good Old Igor 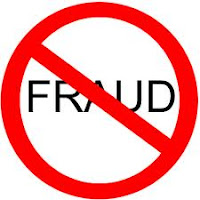 Sadly, we are all potential victims of fraud on the internet.  It is everywhere! And even though I am a former federal prosecutor for over 20 years, (and currently, a criminal defense lawyer with my sons in Augusta, Georgia), I receive unsolicited emails from con artists all the time!  Here is a sample which I just received at the Goolsby Law Firm:

Hello,
Greetings of the day. My name is Igor Iv__, I represent Mr. Mikhail
K., he is the former CEO of Y. Oil Company here in
Russia. A briefing on Y. Oil Company can be checked via this link:
(omitted)
I have a very sensitive and confidential briefing from the top
(Oligarch) to ask for your partnership in re-profiling some fund
running into several millions of United States Dollars. This will be
done in barges to ensure a smooth business venture. I suggest that
this business deal be kept discreet as my client is not in favor of
the current Russian government. See link for more details:
(omitted)
Note that this transaction is a Bank to Bank transaction and all
documents backing this transaction will be sent to you for subsequent
confirmation.
I look forward to your soonest and positive response.
Regards,
Igor

Wouldn't it be nice if we could all stop such phony email solicitations? Although I won't reply to "Igor," because it would probably just cause me to receive even more such emails, I wish I could send ole' Igor the following:

Dear Igor,
Greetings of the day to you, too.  However, please be advised that your pathetic, phony email solicitation has erroneously been sent by you to a former U.S. federal prosecutor who once enjoyed prosecuting con artists for ripping off innocent victims, and that I am still sick and tired of people who attempt to prey on others over the internet.
Accordingly, please be advised that your fraudulent email solicitation has been forwarded to the Federal Bureau of Investigation, along with INTERPOL, and that, if and when you are caught, you will face prosecution to the fullest extent of the law! So, please do not send me any more emails and please consider trying to make an honest living, before you are arrested!
No Regards,
Richard
Posted by Richard at 3:51 PM 2 comments:

[Although the following "war story" draws upon my personal experiences, please view it as a fictional account, and please also remember that all people, including alleged crooked cops, are presumed innocent until proven guilty!]

I learned many years ago that heroes don't exist at three o'clock in the morning. That night, I certainly didn't feel like a hero. I was at home. I was alone. And I was downright scared -- for me, and for my wife, who was eight months pregnant with our first child. She was asleep in the next room.

I was a young, aggressive, but naive, prosecutor with a cause. I wanted to save the world, shake some trees, and lock up all the bad guys. A fellow Assistant D.A. and I were investigating one of our local sheriffs. And the sheriff knew about our investigation. Among other allegations, a major drug dealer had named the sheriff as an accomplice who had allegedly provided guns to protect a drug deal. The sheriff denied the allegations.

I could tolerate the harassment by the sheriff and his deputies. One of the deputies followed me to court whenever I entered that county. Another would playfully frisk me in the courtroom. And they all gave me their best, most menacing, "go to Hades" glares. I could handle all that.

But earlier, that afternoon, my secretary had received a threatening, anonymous telephone call. The unknown caller had simply said, "Tell Mr. Goolsby I'm gonna come to his house tonight and blow his f_ _ king head off!" Now, that was hard to handle!

I will never forget that long, lonely night! As I sat in my recliner, with my .38 special nearby, I remember wondering whether the cause was really worth it. I would never give up the fight. But I had learned that fighting corruption often comes with costs.

I had also learned that heroes don't exist at three o'clock in the morning.
Posted by Richard at 7:55 AM No comments: