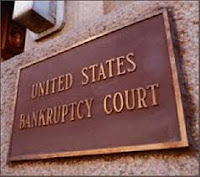 
Did you know that it is a federal crime, called bankruptcy fraud, punishable by up to five years in a federal prison, to conceal or dispose of assets which are a part of your bankruptcy estate?  Well, former baseball star Lenny Dykstra learned about this serious federal offense when he was charged this week with bankruptcy fraud.  According to various news reports, a federal complaint, (or charge), was filed against Dykstra in which it is alleged that he secretly sold, or disposed of, $400,000 worth of household furnishings and artwork, after he had filed for bankruptcy.
The former Philadelphia Phillies and New York Mets star was reportedly being held on a $500,000 bond.  (As a former federal prosecutor, and currently, as an Augusta, Georgia criminal defense attorney who frequently handles criminal cases in federal court, this one-half million dollar bond appears to be far too high, in my opinion).  Hopefully, Dykstra's criminal lawyers will be able to obtain a bond reduction for the former baseball All-Star.
Also, it is important to emphasize that, simply because the government has accused Dykstra of this felony offense, he is, at this early juncture, entitled to a presumption of innocence.  After all, as a wise old judge once reminded me, "Richard, sometimes they ARE innocent!"
Posted by Richard at 8:40 AM