A Goolsby "War Story:" Whose Side Am I On?

As you probably know, I am a former Georgia state and federal prosecutor.  I left the U.S. Attorney's Office several years ago, after a 20 year career, to go into private practice, when my oldest son graduated from law school.  Now, I am an Augusta, Georgia criminal defense attorney!  While it has been a major change, I wanted the chance to work with my son.  I am also happy to report that my second son will graduate from law school and join us here in several months!  And I am equally delighted that our third son will join us at the Goolsby Law Firm when he graduates from law school in a couple of years!  The Goolsby Law Firm will be composed of a father and three sons!  We will truly be a family law firm!
But that is not the point of this post!  The point I wanted to make involves the fact that lawyers often face challenges when they "switch sides."  One of my fears is revealed by a true "war story" told about a local criminal defense lawyer.  Like me, he had been a prosecutor for most of his career and then had switched to the "dark side!"  Soon, after entering private practice, the old prosecutor was defending a man accused of armed robbery.  Everything went fine during the trial, until closing argument.  Then, before he could catch himself, out of habit, the former D.A. urged the jury to "return a GUILTY verdict!"  Can you imagine his embarrassment?  Can you imagine how his client felt?
As a criminal defense lawyer, (and former federal prosecutor), I hope and pray that, if I keep telling and re-telling this story, then maybe it will never happen to me!
Posted by Richard at 6:13 AM 3 comments: 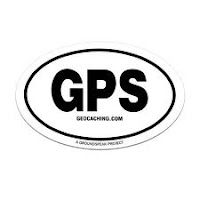 Yesterday, the United States Supreme Court announced an important new decision which should make all believers in freedom and privacy rights breathe a little bit easier.  In United States v. Jones﻿, the Supreme Court held that the Fourth Amendment prohibits the police from using GPS devices to track a suspect's movements without first obtaining a search warrant.  In other words, warrantless use of GPS devices are no longer allowed!
In the Jones case, the police were investigating a nightclub owner for alleged drug trafficking.  They had surreptitiously installed a GPS device on Mr. Jones' Jeep Grand Cherokee and were tracking his moevements, all without first obtaining a warrant.  The government had argued that no warrant was necessary.  However, the Supreme Court held otherwise and gave new hope to freedom lovers everywhere!
As a former federal prosecutor, (and currently, as an Augusta, Ga. criminal defense attorney), I strongly agree with this important decision!  First of all, I submit that it is not that difficult for police to simply obtain a search warrant in an appropriate case.  Moreover, I believe that, in a free society, in which our privacy rights are constantly being threatened by technology, it is important to see the Supreme Court protect us and stand as a bulwark of freedom!
It will be interesting to see the caselaw develop in this area of the law.  What do you think?
Posted by Richard at 6:57 AM No comments:

Changes to Georgia's Criminal Code: Proposed Change to the Felony Threshold for Theft by Taking

We have discussed before in this blog the topic of proposed changes to the Georgia criminal code.  In this state, it appears that this is a topic about which both liberals and conservatives seem to find some common ground.﻿  Both sides are advocating for alternatives to prison, especially for non-violent offenders.  And it appears that something might actually be done by the Georgia General Assembly to control state prison expenditures, currently costing Georgia taxpayers approximately $1 billion per year.
But  the point of this post is not about cost, but that we must carefully consider the ramifications of any proposed changes.  For example, one proposal of a special council on criminal justice reform, which was appointed to investigate potential changes, involves increasing the felony threshold for theft by taking in Georgia from the current $500 to $1500.  Another similar proposal calls for increasing the felony threshold for theft by shoplifting from $300 to $750.  (In other words, if the value of the stolen items is worth less than the felony threshold amount, it will be prosecuted as a misdemeanor).
What do you think about these and other proposed changes -- including having more drug courts and possibly veterans' courts and mental health courts -- which would mean that fewer folks will be incarcerated in this state?  As a former career (state and federal) prosecutor, (and, currently, as an Augusta, Georgia criminal defense attorney), while I agree with some of the proposals, I have some misgivings about some of the others, which I plan to air out in the coming weeks.
Have you read about these proposals?  Change is coming.  What do you think?
Posted by Richard at 8:07 AM No comments:

One of the common themes of this blog, (which is written by a former federal prosecutor and current Augusta, Georgia criminal defense lawyer﻿), is that white collar crime can be found everywhere and in virtually every facet of our lives!  For example, today, I did a quick internet search of the State of South Dakota, (which is about as far away from Augusta, Georgia as one might need for this experiment!), on the topic of "fraud."  Would you guess that there might be fraud, and other white collar crime, even in South Dakota!?  The answer is "yes!"
One of the news reports which I found during this internet search involves a Sioux Falls, S.D. deputy sheriff.  According to the reports, the South Dakota deputy has recently entered a guilty plea to a charge of theft by deception.  The charge relates to an alleged fraudulent insurance application which appears to have no relationship to his duties as a law enforcement officer.
Of course, this simple exercise is not meant to demonstrate anything at all negative about the fine State of South Dakota!  Naturally, anyone searching the internet for "fraud" in Georgia, or in any other state, for that matter, would also quickly find plenty of examples!
Again, the simple point is that fraud, (like other types of white collar crime), can be found everywhere and in just about every aspect of our lives.  But you already knew that, didn't you?
Posted by Richard at 6:14 AM 2 comments:

The Costs of White Collar Crime: The Case of the Stolen Prosthetic Legs

One of the themes of this blog is that white collar crime can be as costly, (or even more costly, in some cases), as violent, street crime.﻿  As an example, consider the sad case of Amando Fontaine, a crime victim in Miami, Florida.  According to various news reports, Mr. Fontaine's car was stolen from outside his home earlier this week.  Motor vehicle theft is bad enough.  But this crime reportedly cost Mr. Fontaine more than just his car.
According to reports, Mr. Fontaine, an Army veteran, also lost his prosthetic legs and wheelchair mount, which were located inside the stolen car.  Now, Mr. Fontaine will reportedly have problems in keeping his doctor appointments and simple getting around otherwise, too.
Here's hoping that Mr. Fontaine's car will soon be recovered.  As you see, white collar crime can be very costly to its victims.
Posted by Richard at 6:47 AM 1 comment: