The Sad Truth About A Few Government Prosecutors 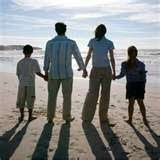 I will never forget a fellow federal prosecutor's observation that he liked to hang around the courtroom, near defendant's families, after guilty verdicts and "draw warmth from their suffering." Doesn't that sound awful?! Now, this particular prosecutor meant his observation only as a joke. But let me tell you, after working around hundreds of prosecutors, both state and federal, for over 27 years, I have known some prosecutors who probably feel that way. In other words, they seem to relish the infliction of pain on defendants and their families!

Put another way, some prosecutors don't really care if they make mistakes and hurt innocent people and their families. Others are simply interested in putting another notch in their career holsters.

Now, don't get me wrong! Most prosecutors that I have worked with, in both state and federal courts, are good, decent public servants. They genuinely try to do the right thing. And they care about the impact of their prosecutorial decisions.

But my point is that there are some--at least a few--prosecutors who don't belong in such positions, because they lack good judgment and human decency. As a result, if you or your loved ones ever face criminal charges, even if you are innocent, it is imperative that you find a good, experienced criminal lawyer in your community to defend you. You should not simply assume that, just because you are innocent, the prosecutor will "do the right thing" and let you go!

And you surely don't want some over-zealous prosecutor hanging around the courtroom, after your wrongful conviction, and drawing warmth from your family's suffering!
Posted by Richard at 9:10 AM