CRIME: Causation, or Why Do People Commit Crimes? 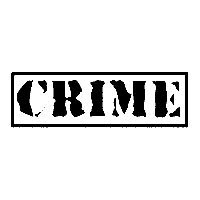 According to the Old Testament, how long did Cain's brother live? As long as he was Able! Why do people commit crimes? From the time of Cain and Able, that question has plagued the world. And there are no easy answers! As a former state and federal prosecutor for over 26 years, I have seen countless reasons offered by defense lawyers for why their clients commit crimes. As a criminal defense lawyer, presently, I also see firsthand that each case is different.

Let's briefly consider some of the traditional theories and then we will consider some of my own theories about why people commit crimes! The classical and positivist theories are two of the traditional schools of thought concerning crime causation. According to the classical theory, a criminal exercises free will and makes a rational choice to commit a crime because it brings him or her pleasure. The positivist school maintains, on the other hand, that each criminal is influenced by social or economic conditions to commit crime. Another theory, (offered by a famous sociologist, Edwin Sutherland), called "differential association," maintains that each criminal learns bad behavior by associating with others who approve of it. This theory is often offered as an explanation of white collar crime.

But I have a couple of other theories about why folks commit crimes! I submit that some people are just plain greedy and others are just plain mean! (Of course, these theories do not apply to any of our clients)!

On a more serious note, I also maintain that the breakdown of the family unit is a leading cause of the rising crime rate in the United States. And no, I am not referring to the traditional "Ozzie and Harriet" family unit. You don't necessarily have to have a mother and father to avoid crime. But my theory is that each child does need somebody--whether it is a mother and father, or father, or mother, or grandmother--at least SOMEBODY, to ensure that that child is where they need to be and that they are doing what they are supposed to be doing at all times! Sadly, for too many kids today, there is no SOMEBODY there to watch over them and keep them on the straight and narrow path! And this may lead to criminal activity in some cases.

But another important point I want to make in this post is that, in my opinion, there are no simple, easy explanations of crime causation. Each crime and each criminal is unique. Therefore, for each crime, there is a unique set of reasons for why it occurred.

What do you think are the primary reasons for why people commit crimes?
Posted by Richard at 8:32 AM