Law and Order: The Impact of Crime Dramas on Real Juries 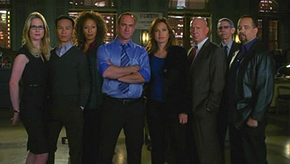 What is your opinion? Do television shows, such as "Law and Order-S.V.U.," influence how "real people" view our criminal justice system? I believe they do and here's why.

Most people rarely have any contact with the courts, police, or lawyers. Therefore, when they occasionally must interact with "the system," they must draw upon the impressions which they have formed about cops or lawyers from television, or the movies. I also believe that true crime trial dramas, beginning with the televised O.J. Simpson murder case, (coupled with fictitious t.v. crime dramas), have also had a profound impact on what jurors expect when they are selected to serve on juries. For instance, in my experience, both as a prosecutor and a criminal defense lawyer, jurors chosen in criminal cases expect to be entertained with "C.S.I." caliber scientific evidence, just like they have seen on t.v.

Don't you agree? If you regularly watch "Law and Order-S.V.U.," don't you expect real criminal investigators to solve crimes just like the character portrayed by award-winning actor Marisa Hargitay? Of course, at least in real jury trials, there are no interruptions for commercials!
Posted by Richard at 8:36 AM