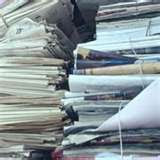 Let's assume you are a federal prosecutor and that you have used a team of federal agents and scores of federal grand jury subpoenas to gather tens of thousands of documents for use at the fraud trial of an alleged white collar criminal. What do you do with all those stacks of evidence? More particularly, do you want to learn how the feds actually put together a "paper case" for trial?
I can only speak for myself, but as a former federal prosecutor, I oversaw the preparation of numerous complex "paper cases" for trial. And believe me, it can be a daunting task! For example, in my major fraud and public corruption case against State Senator Charles Walker, I personally examined over a million pages of evidence which were used at trial.
The key is organization. In other words, you must first carefully organize your evidence. For instance, I would generally first sit down with my case agent and go through the boxes and stacks of paper evidence, often gathered from scores of banks and other businesses. We would initially identify which exhibits would be helpful at trial, and then begin a list of trial exhibits, which also identified the exhibits' sources. We also assigned a series of exhibit numbers to each group of exhibits, often based on the exhibits' sources, (e.g. the "3000-BA series" would be exhibits from "Bank A"). Next, we would generally decide which exhibits, or pages of exhibits, needed to be scanned so that the exhibits could be shown to trial witnesses, (and the jury), in an effective manner. In this way, we eventually prepared an exhibit list.
Next, we would prepare a witness list. I would discuss with my case agent which witnesses we intended to subpoena for trial. I also needed to begin thinking about witness order, while compiling my witness list. In the Walker case, we prepared a list of over 150 witnesses, (not including records custodians). The witness list, like the exhibit list, will often be modified a number of times before a federal criminal trial.
Finally, in order to prepare a complex federal case for trial, you must "marry" the exhibit list with the witness list! In other words, you have to prepare a new "witness-exhibit list," which contains each of the witnesses and the particular exhibits, now identified by numbers, (out of all the thousands of exhibits originally obtained), which will be introduced, or otherwise used, while each particular witness is on the witness stand. Also, prior to trial, a federal prosecutor will need to decide the order in which each chosen exhibit will be shown to each of the witnesses. (I also made it my practice to laboriously type or write out each question for each of the witnesses, including carefully planning the precise place in each witness' testimony when I intended to show them an exhibit. I found that this thorough pre-trial preparation helped my trials run more quickly and smoothly. Such intense preparation also helped me "not have to think" when I became fatigued during a lengthy federal criminal trial!)
Each trial lawyer has his or her own way of preparing for trial. But these are simply some of the steps I have followed in preparing a complex federal criminal case for trial. So, now you know how the feds, (or at least one former fed), actually do it!
Posted by Richard at 5:35 AM