How Some White Collar Criminals Get Caught! 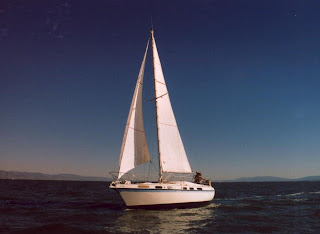 As a former federal prosecutor, I once prosecuted an Augusta, Georgia home health care company executive for participating in a scheme to defraud the Medicare and Medicaid programs of millions of dollars. He was tried and convicted, and then sentenced to serve a lengthy prison sentence. Fortunately for him, he was designated by the U.S. Bureau of Prisons to serve his sentence in a fairly cushy minimum security prison in Florida. There, he was allowed to drive a truck and deliver supplies, sometimes off the facility's grounds. But he wasn't happy being in confinement. So, one day, he decided to escape. He drove away and never returned. Neither he nor his truck could be found!

Later, it was discovered that he had obtained a new identity, a new sailboat, and a new girl friend. He enjoyed his newfound freedom by sailing with her around the Carribbean! Life was good! Conceivably, he might never have been caught. But he made a mistake -- a mistake often made by criminals! He confided in his girl friend about his past, including his true identity and the fact of his escape from federal prison.

Initially, his life of freedom, sailing, and sunny beaches continued. But eventually, problems developed in the escapee's relationship with his girl friend. And when the relationship soured, the girl friend's sister "dropped a dime on him" by calling the U.S. Marshal's Service and informing them about their missing inmate! He was quickly recaptured and returned to custody. But there were no more cushy prisons! This time, the former executive was assigned to a maximum security federal prison. And to top it off, he received an additional sentence of 18 months for the escape!

Is there a moral to this story? Perhaps one important moral is to never commit a crime! But maybe another moral is: never tell anyone else, even your girl friend, about your crimes! The girl friend of today may be the snitch who "drops a dime" on you tomorrow!
Posted by Richard at 7:58 AM