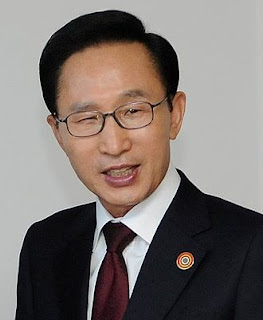 [Photo of Lee Myung-bak from wikipedia]