CLOSING ARGUMENTS IN MANAFORT TRIAL: HOW LONG IS TOO LONG? 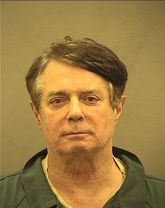 Today, closing arguments began in the criminal trial of former Trump campaign coordinator Paul Manafort.  According to various news reports, both sides asked the Judge for up to two hours for closing arguments.  Judge T.S. Ellis reportedly voiced skepticism about the lawyers being able to keep the jury's attention for that long!

As a former federal prosecutor in Augusta, Georgia, I handled a few major complex fraud and public corruption cases in which my closing argument reached 90 minutes in length. However, I always tried to remember that if you talk too long, you will lose your jury!