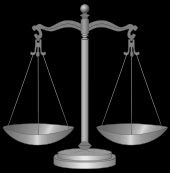 
Have you heard the news about the mortgage fraud conviction of Cook County Circuit Judge
Judge Jessica Arong O’Brien?  Last week, she was found guilty in federal court of two fraud counts related to false statements she made in loan applications years before she took the bench. She reportedly lied about her income while purchasing two investment properties and then paid kickbacks to a straw purchaser who subsequently defaulted on the loans.

As Assistant U.S. Attorney Matthew Madden told the jury in closing argument, "she used lies to buy and sell these properties." Sentencing for Judge O'Brien will be reportedly be held at a later date.