Will DOJ Ever Bring Wall Street to Justice? 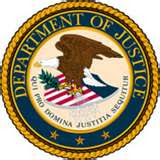 A Washington Post article published today raises an interesting question: Will the Department of Justice ever "bring to justice" the greedy Wall Street banks and bank executives who were responsible for nearly ruining the U.S. economy in late 2008? Attorney General Eric Holder has promised that such prosecutions will be forthcoming, but, after a year and a half since the financial meltdown, no noteworthy prosecutions have occurred.
However, as a former federal prosecutor, I can sympathize with the DOJ prosecutors entrusted with this responsiblity. For instance, can you imagine the enormous paper trail that the government agents and prosecutors must follow in such an enormous bank fraud investigation? There would be literally millions of documents to examine and just about as many witnesses to interview and rabbit holes for the investigators to jump into, in order to ferret out the fraud! In addition, government prosecutors would face difficult charging decisions. In other words, it's easy to lambast and rail against big banks and bankers, (and slow-moving prosecutors), but it can be difficult to decide, on an individual basis, whether or not sufficient evidence exists to charge an individual who may have simply been following orders, or following the status quo.

So, as to this question about whether or not DOJ is taking too long to bring the Wall Street "fat cats" to justice, I am willing to cut them, (i.e. the prosecutors), some more slack! In this case, government agents and prosecutors have an incredibly difficult task and I would prefer that they do their jobs right, instead of rushing to judgment!

What do you think?
Posted by Richard at 5:26 PM